While Dustless Sandblasting equipment is a great tool used by many as the foundation for their own startup business, it is often overlooked how beneficial it can be as an added tool to an already existing business. For a refresher, Dustless Sandblasting is a form of abrasive blasting that uses recycled glass and other abrasives instead of sand. You can use this equipment to dry blast or wet blast. The result is a cleaner blast with no dust or mess. Dustless Sandblasting has many benefits over traditional sandblasting, including: On the surface, this may seem like a tool that would only benefit the industrial sector, but we find that the range and variety of businesses that have improved from utilizing Dustless Sandblasting or one of our Blast Pots may surprise you.

We've witnessed numerous organizations' productivity and profit skyrocket after they implemented our Dustless Sandblasting machines! But what are they? Well, here are 10 to get you started and give you an idea of how this tool could be the perfect addition to your business.

Stripping cars and other automobiles is an incredibly common occurrence, and actually one that we often see people get involved with when the first start blasting. Mainly because with Dustless Sandblasting, it can be done incredibly quickly as opposed to spending days or weeks sanding and grinding. With our method, one of our smaller blast pots is more than enough to do the trick. Which is great since you don't have to worry about outsourcing the work to another blaster. Auto shops can easily blast whenever and whenever they need, making them a common user of Dustless Sandblasting.

A clean boat is a happy boat. But scrubbing salt and grime off of the hull of a boat is no fun task. Especially when you have to do it by hand! The Dustless Sandblaster can quickly clean the bottom of a boat without causing any damage to the gel coat.

If you're in the business of picking up other people's trash, you know that some of it can be pretty disgusting. And sometimes hazardous! The Dustless Sandblaster is perfect for cleaning out trucks and containers. Plus, it's great for getting rid of stickers and graffiti.

Pool companies have to deal with a lot of grime - on the inside and outside of pools. With Dustless Sandblasting, you can quickly remove years of built up dirt, mold, and mildew from the surface of a pool. It's also great for stripping paint off of concrete decks.

Speaking of concrete, whether you're pouring new sidewalks or resurfacing an old driveway, with our tools we can help you get the job done quickly and easily. It's ideal for removing paint, epoxy, and other coatings from the concrete surface. And you won't need to worry about damaging the surface of the concrete like traditional sandblasting, for example, can.

Trucks take a beating. They're constantly on the road, exposed to the elements, and they haul a lot of heavy loads. So it's no surprise that they need a little extra TLC from time to time. Dustless Sandblasting is a great method for removing rust, grime, and other build up from the surface of trucks without damaging the paint or metal. 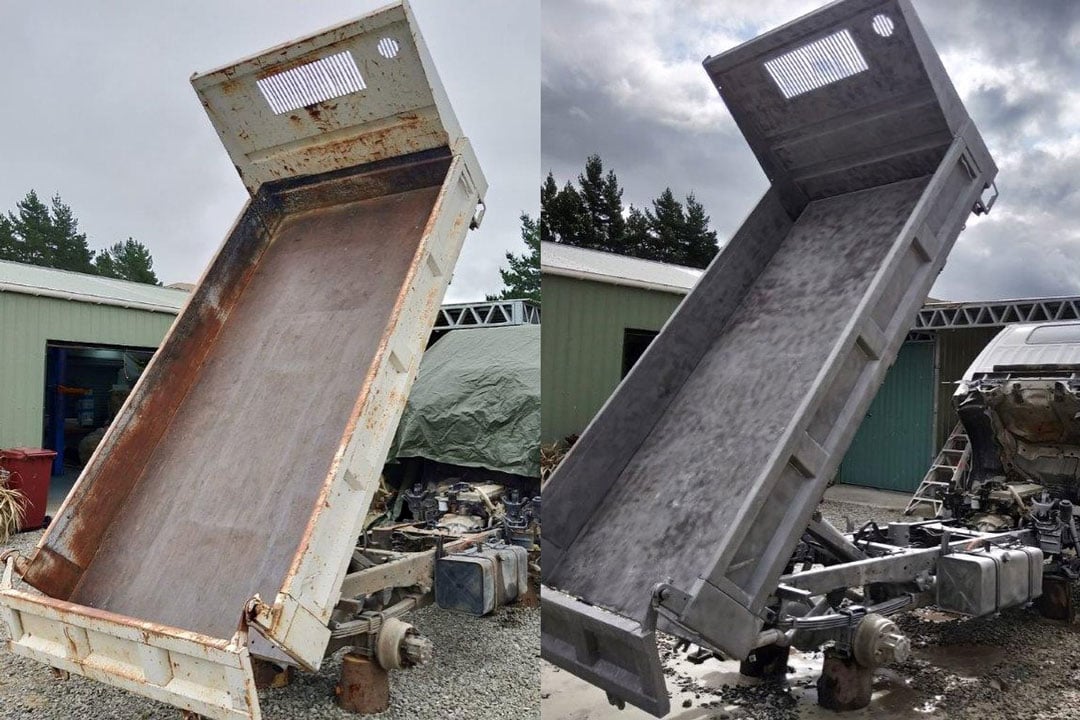 The offshore and oil field industry is a harsh one. Machines and equipment are constantly exposed to salt water, sand, and other corrosive materials. Like in the trucking and fleet industries, Dustless Sandblasting is often used to remove rust, grime, and corrosion from the surface of machines and equipment. Pressure washing is a great way to clean the outside of a house or building. But sometimes you need a little extra power to remove stubborn dirt and grime. Dustless Sandblasting with one of our Blast Pots can get it all done, remove various forms of tough buildup, without damaging siding or unintended surfaces. 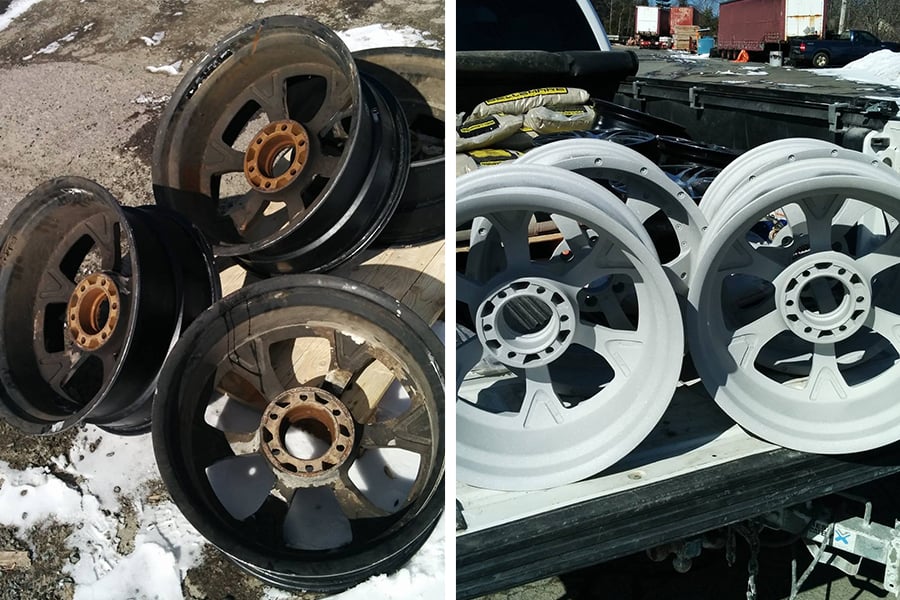 The contractors that we meet are fantastic at applying paint to various surfaces, but their issue is usually that they don't have the needed equipment to remove it! They tell us about the number of jobs they have to pass on because of that, which in turn means they are losing out on work and money they could be making had they just had a Dustless Sandblasting machine with them. With our help they can take on many more projects and pull in more of a profit. Also, paint will last longer on a surface that has been properly prepared with Dustless Sandblasting. No matter what industry you're in, Dustless Sandblasting is a tool that can help you! The variety and range of jobs it can do is great, all the while making you more productive, profitable, and OSHA compliant for you and your workers. So if you think your business could benefit from Dustless Sandblasting like we do, reach out to us and we'll get you started!