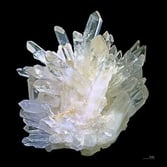 In the 1960's, the scientific community began to recognize that the inhalation of crystalline silica was the cause of a variety of health conditions, including lung cancer. Based on these findings, OSHA created a rule that was meant to protect workers from this hazard. In the years since, however, exposure to crystalline silica was found to be even more hazardous than previously thought.

Based on these new findings, OSHA has created a Final Rule that further limits worker's exposure to this dangerous material. Now, in addition to wearing a respirator and protective equipment, the law also demands that "engineering controls" be used to reduce the amount of silica dust going into the air.

For blasting, the top two controls OSHA suggests to reduce silica exposure are:
1. Use a less toxic abrasive blasting material.
2. Use abrasives delivered with water, to reduce dust.

Dustless Blasting can help you accomplish both of these things simultaneously!

For situations where wet blasting is not an option, the Dustless Blaster is a more than capable dry blaster as well.

But simpler OSHA compliance isn't the only advantage the Dustless Blaster has over traditional sandblasting equipment. The Dustless Blaster is extremely reliable and durable, has very few wear parts, uses less abrasive than dry blasting systems, and removes tough coatings faster than other methods.

Note: This is only a simple overview of the rule, be sure to learn the details to make sure you comply. Learn more about OSHA's silica rule by clicking here.