When it comes to blasting -- there are a lot of different terms that get thrown around and used interchangeably.  Sandblasting, soda blasting, vapor blasting, slurry blasting, wet blasting, etc -- how do we know what the difference is? Read on as we get a little technical and attempt to explain the differences.

When talking about abrasive blasting many people use the common term "sandblasting," but there are actually a wide variety of mediums or abrasives that can be used.  In addition, the abrasives can be used with water -- referred to as "wet blasting" or with no water typically called "dry blasting".

Wet blasting is a great option with air quality concerns and containment. By introducing water with the media, less dust is created making it a lot easier to contain.

Blast machine manufacturers have created different ways of introducing water into the blasting process.  We'll focus on three of the more common terms you may have heard – Slurry Blasting, Vapor Blasting, and Dustless Blasting. 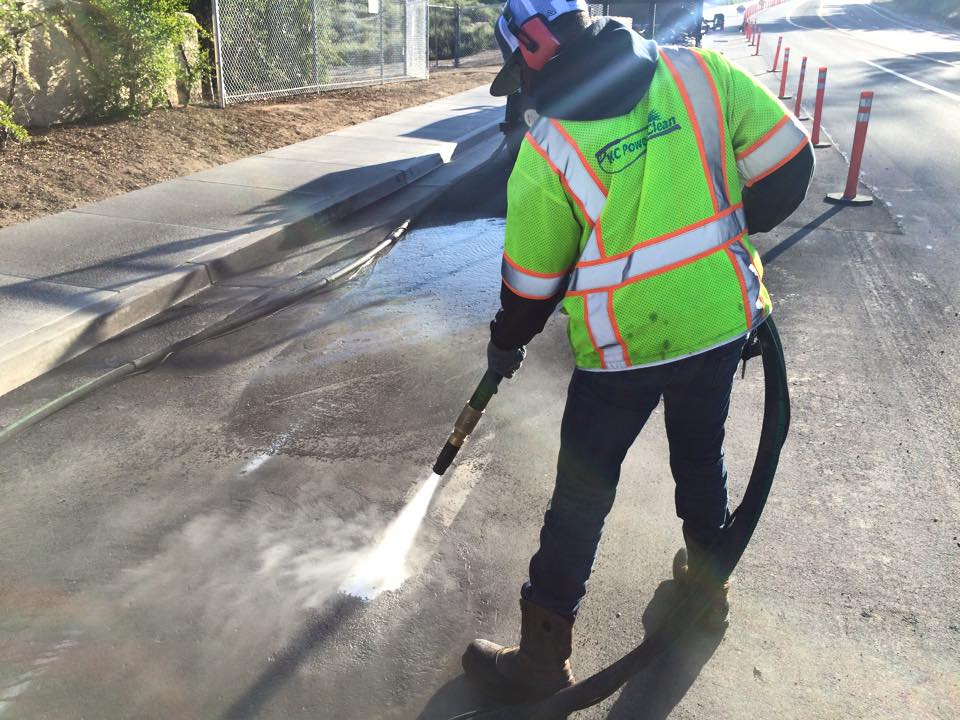 Slurry Blasting takes a blast pot full of dry media and introduces water outside of the blast pot.  There are some different variations on how they introduce the water, but the important difference is the water is not added to the blast pot.

Vapor Blasting, on the other hand, stores a mixture of water and media within the blast pot. Vapor blasters take a different approach by using water pressure within the pot to force the mixture out and into the blast hose.

Dustless Blasting, like Vapor Blasting, also stores both media and water inside the blast pot.  However, Dustless Blasting, is sometimes called Venturi blasting because it takes advantage of the Venturi effect which creates a vacuum when air flows through a constricted section of pipe. Basically, as the stream of high-pressure air is pushed through the blast pot, it sucks up the abrasive and water mixture with it out to the blast hose.  This process is ideal to prevent clogging or other issues vapor and slurry blasters may have.

Dustless Blasting is also capable of Dry Blasting, by simply not adding water to the blast pot. 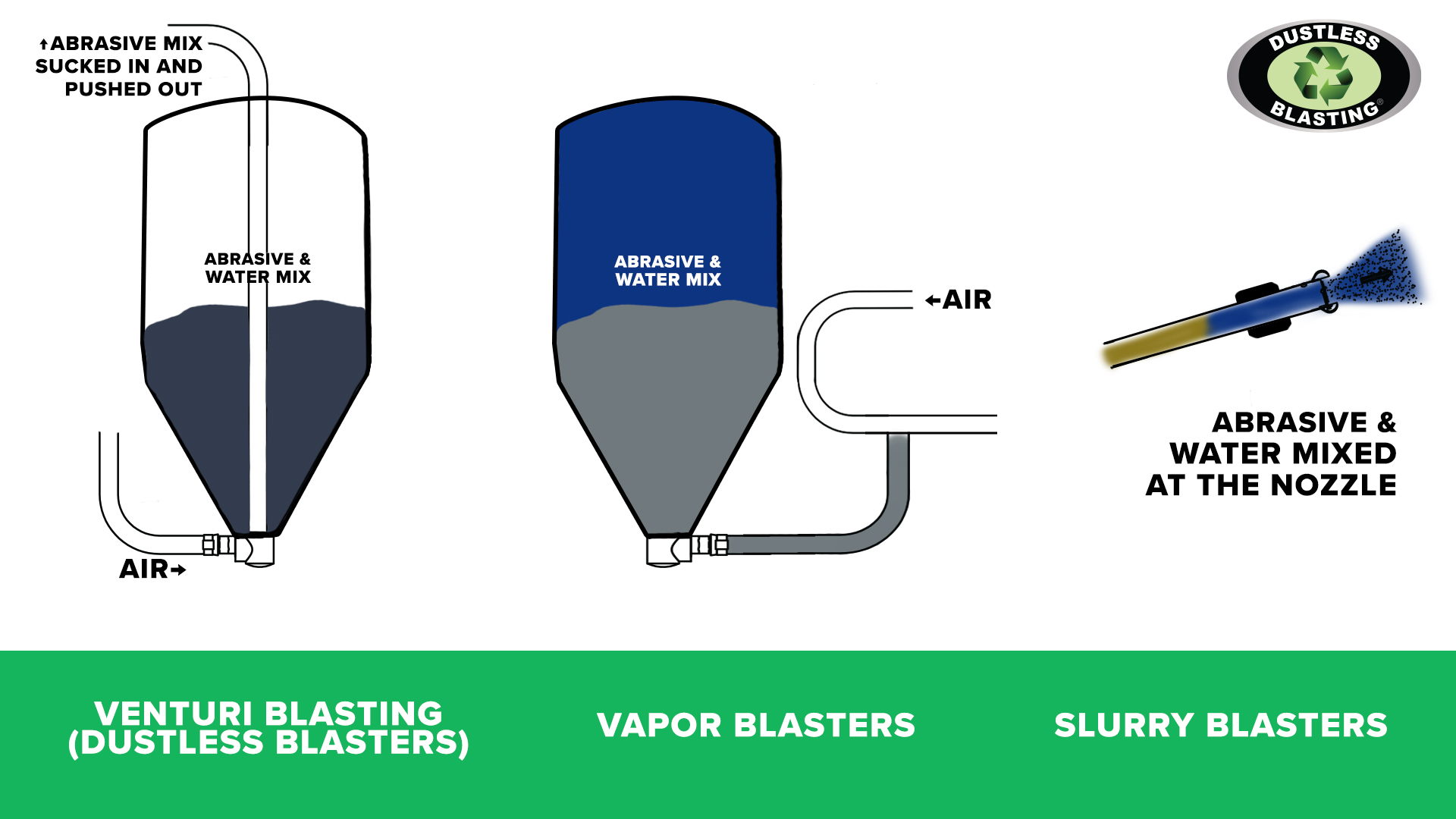 If you're in the market for an abrasive blast system, we've done the research to make sure you are familiar with the different options.  It's a big investment, and we want to help you pick the equipment that is right for you and your needs.