For many years, sandblasting was the only viable solution to many cleaning and surface preparation challenges. While sand blasting is still an effective solution for some applications, there are many for which it is woefully inadequate. Which is why we developed Dustless Blasting! 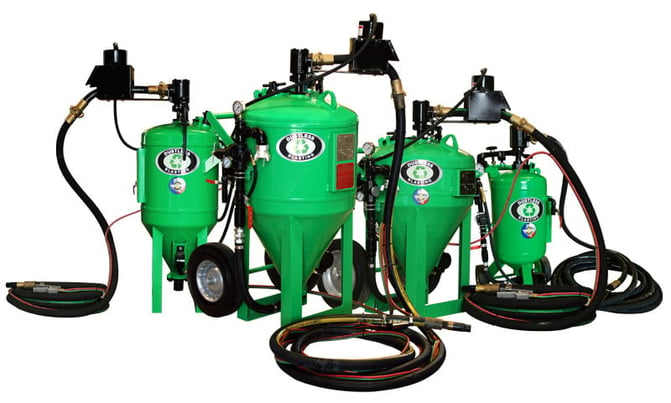 We've seen so many businesses drastically improve productivity and profit with the Dustless Blaster! Like Twin City Powder Coating, Violia International, and so many more! So, we wanted to call out a few types of business that can majorly benefit from Dustless Blasting!

Almost every week, someone brings in powder coated parts, and we've proven time and time again that powder coating can be removed quickly and easily. With the Dustless Blaster, these companies are freed from the hassle of caustic, or the expense of burning powder coat off in a furnace.

When a car needs to be stripped, these folks don't want to spend weeks sanding or grinding. But they also don't want to outsource to a sandblaster, because often parts come back warped or ruined. Being able to blast whenever and mostly wherever they want makes the Dustless Blaster a wonderful asset. In fact, some major players in the auto industry use Dustless Blasting.

Cities, counties and states have a lot of maintenance to handle. Some municipalities have purchased their own Dustless Blaster's to refresh fire hydrants and manhole covers, and to remove graffiti. We also have Dustless Blasting contractors who have secured contracts with municipalities for ongoing work.

Painting contractors are good at putting on paint, but often don't have the equipment to remove it. Because of this, they end up passing on some jobs, and leaving money on the table. With the Dustless Blaster, they'd be able to tackle more projects and make more money. Not to mention, their paint will last longer on a surface that has been properly prepared.

Is Dustless Blasting A Profitable Business?

There's no doubt that a successful business needs to be profitable. But is Dustless Blasting a business you can successfully make money in? That...