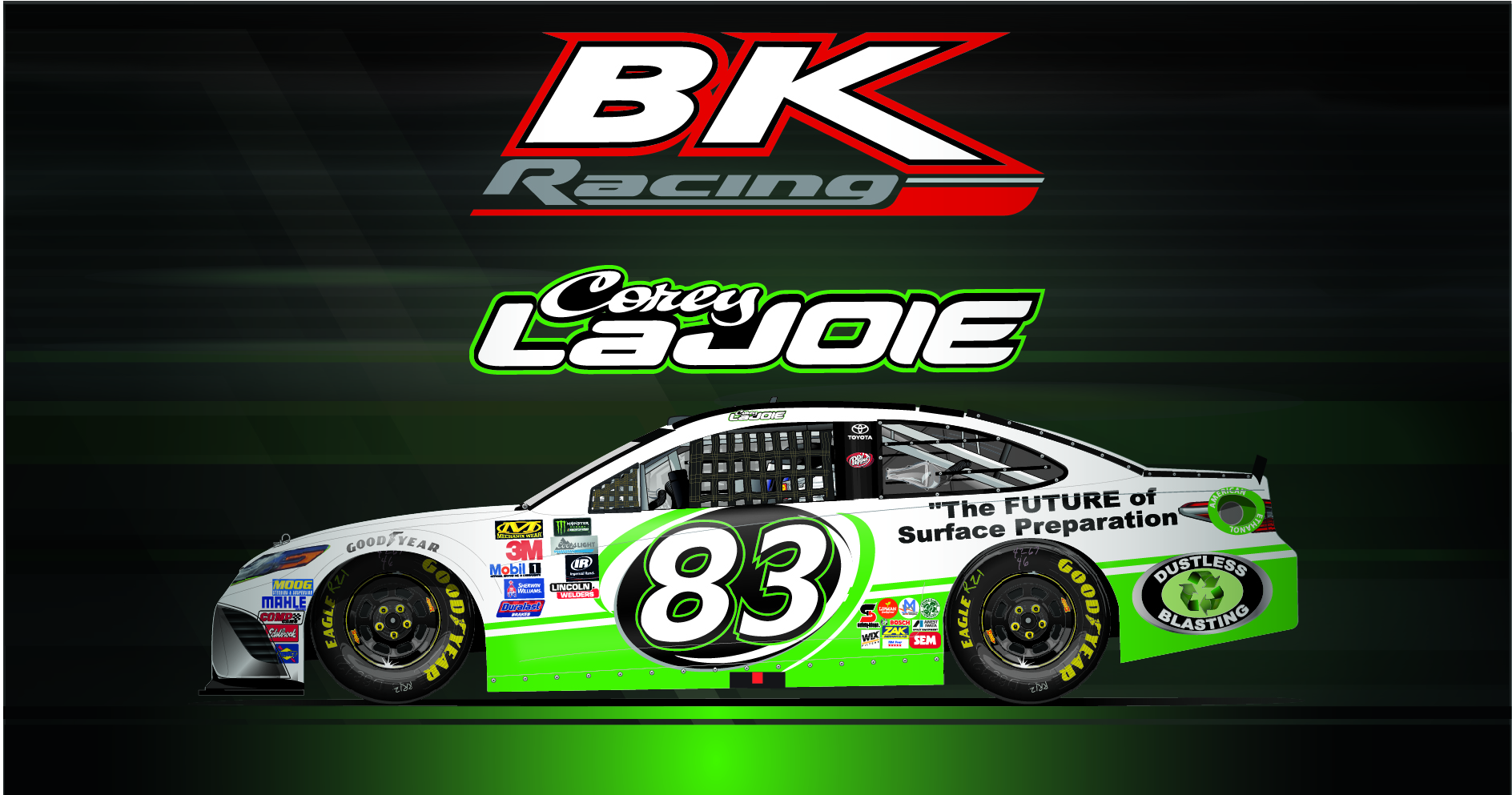 Corey LaJoie will Drive the Dustless Blasting #83 at the Daytona 500 this Sunday!

This Sunday, Corey LaJoie will be driving the #83 Dustless Blasting car in the Daytona 500! LaJoie managed to qualify in Thursday's race, despite having never been at Daytona before. “I was learning every lap,” the 25-year-old driver said. “I was doing the best I could up until the end when they started getting dicey and I knew I was locked in. I just kind of rode and made sure they didn’t wad us up."

You can watch the qualifying moment in the video below:

LaJoie's accomplishments include six wins in the NASCAR K&N Pro Series East and three wins in the ARCA Series, among others. His father, Randy LaJoie has taken home two XFINITY Series Championships.

In the world of surface preparation, Dustless Blasting has gained a reputation for simplicity, reliability, and especially speed. We're excited to see if Corey can continue our reputation for speed on the track as well.

Be sure to tune into Fox this Sunday (February 26th) at 2pm ET to see the race!

Let us know what you think